At Phystech – R&S we work with and for our clients, providing a privileged, personalized experience. For your Research and Development projects we provide the knowledge and scientific expertise of our team of scientists. This allows us to provide you with creative and innovative solutions that serve your interests, using cutting-edge technology and adding value to your business.

We have created a firm with strong foundations in scientific and technical knowledge, and an experienced team of scientists who have worked on and led high-profile research projects in prestigious laboratories, institutes and companies around the globe.

Born in Colombia in 1974. He graduated college with a degree in Physics and then obtained his Ph.D. in Particle Physics at the University of Manchester in the United Kingdom in 2006. After completing his Ph.D., he traveled to Scotland and worked as a Postdoctoral Research Assistant at the University of Edinburgh, and then returned to Colombia to work for the Universidad de los Andes. He accumulated experience working on ATLAS, LHCb and CMS, three of the main experiments at the Large Hadron Collider located at the European Organization for Nuclear Research, known as CERN. In 2013, he 3 was invited to work for Fermilab as a Guest Scientist. He specializes in software construction, development, data analysis (Big Data) and hardware electronics. He is currently studying for a data science certificate with Correlation One. More

Born in Colombia in 1979. He graduated from the University of Paris XI with a Master’s degree in Physics. He later obtained his Ph.D. in Physics (Molecular Electronics) from Delft University of Technology in The Netherlands. Interested in the world of industry, he joined early 2010 ASML, a Dutch company and the world’s main supplier of lithography systems for the semiconductor industry. Edgar worked at ASML till mid-2016 in the Extreme Ultraviolet (EUV) lithography program and occupied different functions: research scientist, project leader, and architect. At ASML, Edgar developed technical skills in the fields of material science, plasmas, optics, and particle adherence, to cite just a few. At present, he lives in Dresden, Germany, with his family and continues being an associate of us. More 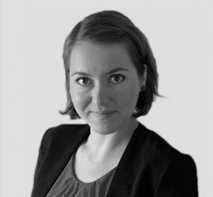 Born in Germany in 1981. She graduated in 2008 from the University of Bremen with a Master degree in Education. After working some years in adult education, she decided to move to the Netherlands and gain working experience in the industry. She worked for the American company Newell Brands as a claims associate. Besides she studied Business Administration at TIAS School for Business and Society (The Netherlands) and graduated in December 2016. The focuses during her studies were on business and change management. At present, she lives in Dresden, Germany, with her family. More

At Phystech – R&S our strategic partners play an important role in enabling us to achieve our objectives and satisfy the needs of our clients.

Let us know if you are interested in working with us.